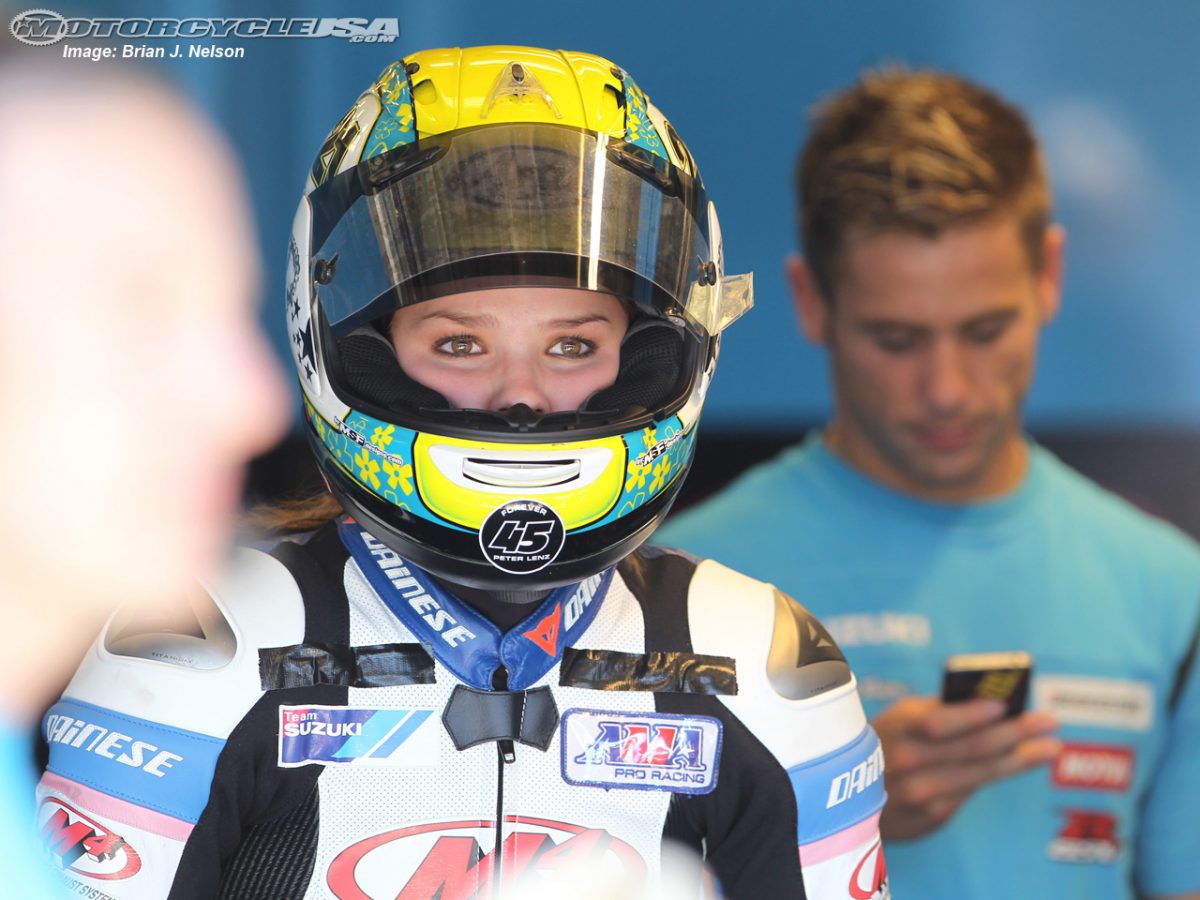 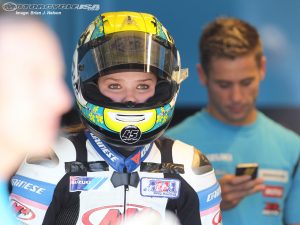 When you’re swapping paint with your competition at over 180 miles per hour on the straights, with 50+ degree lean angle in the corners, there’s a lot that needs to be right. Split second decisions have to be made not just to win, but to stay upright. In the blink of an eye, you could be off the track or crashing into another rider. There’s no room for error. This is why being mentally prepared is crucial for professional motorcycle racing.

This is something I struggled with, especially early in my professional career. I eventually came to realize that while mental preparation starts with physical preparation, it doesn’t end there. It’s really about creating peace of mind, so you can be totally in the moment when you’re out on the track. For me, that eventually came to mean knowing that I had done everything I possibly could during the off-season and leading up to the race weekend.

When I started out with racing, I just showed up to the track and rode my little heart out. There was no strategy involved. I just tried to go as fast as I could. As I gained experience, I realized that winning took a lot more than just twisting the throttle.

My competition started training off the track, and it started to make a difference as they progressed to the next levels in their riding. I followed suit and picked up physical training at age 13. That was enough to take me through my amateur years. I didn’t have much of a problem then with feeling physically or mentally unprepared.

Hoping for the worst

As soon as I hit the professional ranks though, I knew I had an issue. The races were much longer and it although it seemed to me like I was training plenty hard, these races weren’t getting any easier. I actually started going in into races hoping there would be a red flag so the race would be stopped and we would have a break mid-race.

Because I didn’t feel strong enough to make it through the race, halfway through I would mentally give up. My lap times would slow, and sometimes I would fade and lose position. In the back of my mind, I thought my competitors were stronger than me, and with that I had defeated myself well before throwing my leg over a bike. It was the worst feeling ever.

But not feeling fit enough wasn’t my only problem. There’s so much that goes on during a race weekend– setup, bike changes, drama amongst the team, being sure to stay on schedule, speaking with the press and more. There was always some sort of surprise, and it never failed to throw me off or distract me.

After a couple seasons of this this chaos, I knew something had to change. I started with what I could control and that was my fitness regime. I trained harder than ever, ate as healthy as I knew how and rode a motorcycle as much as I could. With the changes I made during the off season between 2011 and 2012, I got stronger. I was finally to the point where I could race all weekend with minimal fatigue.

With that I gained mental toughness. When you put yourself through test after test while training, pushing your mind and body to limits you previously may not have known existed, you inevitably come out stronger. You can push on at the end of a race when your body gets tired, because you know you’ve gotten through it before, and that you can do it again. I also realized that I didn’t need to be as fit as the men at the top of the ranks. I only had to be fit enough to finish the race and be as fast at the end as I was in the beginning. Knowing I could do that gave me a lot of confidence.

This was a breakthrough, and now I was able to focus on the other aspects of the sport to get to that next level. Over time I learned a key for me to feel mentally prepared was making sure I had a routine for getting all of the predictable activities squared away so I could deal with anything unexpected that would come up last minute.

With ten weekends in the MotoAmerica series, you have to be able to maintain that level of preparation and organization throughout the season too. It’s easy to get complacent, and think that if you win one weekend, that what you’re doing is enough, but you can’t let up. On the flip side, if you had a bad weekend for one reason or another, it’s easy to get really down on yourself and doubt your abilities. To stay mentally prepared for the following race, you have to accept your results whichever way they went, and carry on with doing everything you can to get ready for the next event.

What may surprise you is that it is a year-round effort. In my opinion, keeping mentally focused throughout the off-season (generally October to March) is one of the toughest parts about racing. It’s very easy to get complacent and think you have all the time in the world to get ready for the upcoming season, but the best racers rarely take a break in training. You have to keep your eyes on the prize. Trying to do that, enduring punishing workouts when you have months before your next race, can be very difficult.

Looking back, I’ve come to the conclusion that mental preparation starts with physical preparation, but it doesn’t end there. You can’t be sharp in the moment if you’re physically drained, and you can’t focus fully on the race if you have other things on your mind. Once you can control your approach and mentality, and harness your will, you’re really capable of anything.

For a young woman to occasionally come out on top against all her male peers who were physically stronger than her shows what a big role mental strength plays in motorsport racing. It’s not about who’s the strongest or the leanest. It’s all about what’s between the ears.