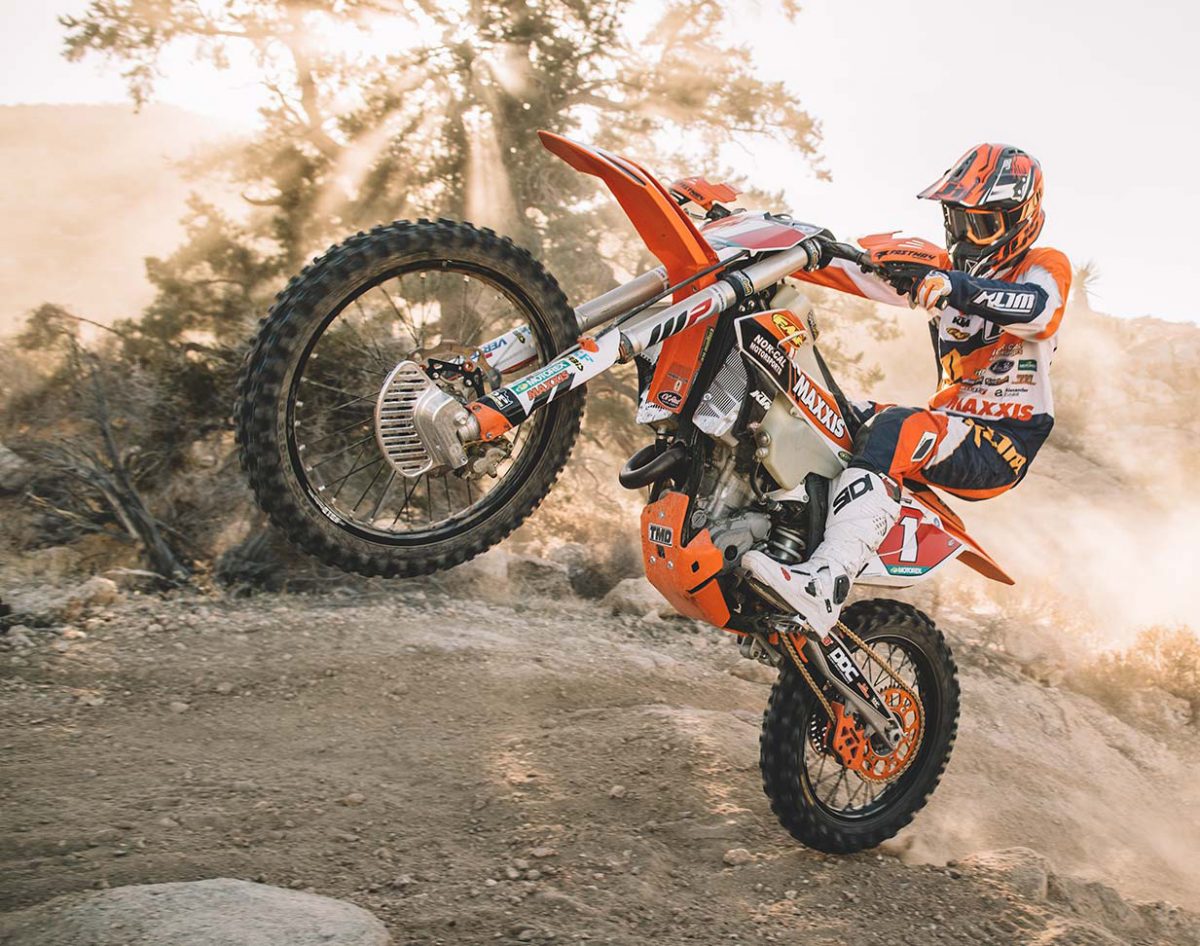 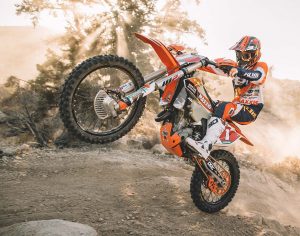 Anaheim, California (August 29, 2018) – McGraw Powersports has announced that they are sponsoring racer Dante Oliveira for the International Six Days Enduro (ISDE), which will take place this November in Viña del Mar, Chile.

At 18 years old, Dante Oliveira has been racing for over a decade and is currently on the FMF/RPM/KTM Racing Team roster. His career accomplishments include advancing to the A (Expert) class at 15 years old, followed by an undefeated 2016 racing season in the WORCS series. This is Dante’s first time qualifying for the ISDE U.S. Club team alongside 20 other riders.

“A race like the ISDE hosts the best off-road dirt bike racers from all over the world. Being young at the ISDE is good because, most of the time, the younger riders are more aggressive which proves to be an advantage in the special tests. The feeling of having something to prove motivates me,” says Dante.

McGraw Powersports is pleased to have the opportunity to support the industry and sponsor Dante as he makes his debut on the ISDE stage. As a neighborhood business with a national reach, McGraw Powersports prides itself on aligning with individuals who are steadfast, kind-hearted, and passionate about their craft. Dante embodies all of these qualities and will represent the McGraw Powersports brand fervently and with authenticity.

McGraw Powersports is a family-owned and operated business that was founded by Jack McGraw. The company is a leader in service contracts, and specialized coverage for motorcycles, jet skis, off-road vehicles and personal watercraft. McGraw Powersports is a subsidiary of parent company The McGraw Group, which includes Pacific Specialty Insurance Company and Western Service Contract.

Dante was born and raised in Hollister, California. He is one of five children born to parents George and Gina. Dante competes in multiple off-road racing series and is currently focusing on the World Off-Road Championship Series (WORCS) as well as the AMA West Hare Scrambles Championship. This will be his first year representing Team USA at the ISDE.